We finished our Conceptual Design Phase and merged our all visions into this beautiful Polygon Beast you see below: 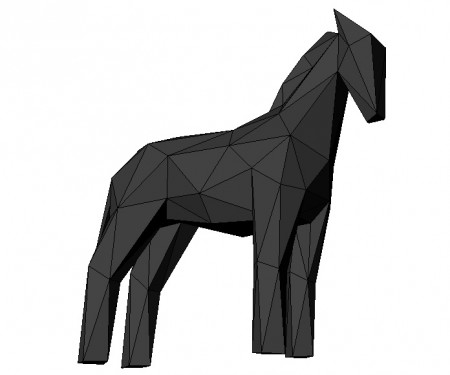 Now it’s time to get practical and translate the design into feasible construction plans. If you are a builder, engineer or architect that want’s to join our adventure and can provide us construction advice, structural sketches and/or material suggestions, please have a look at the following information and diagrams (click images for higher resolution): 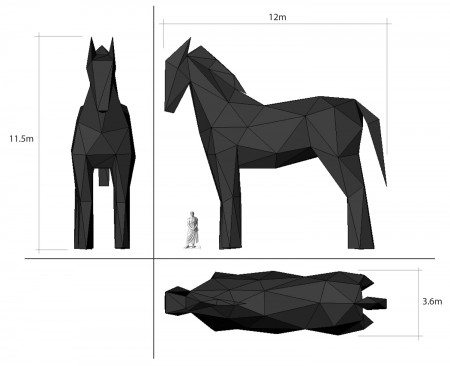 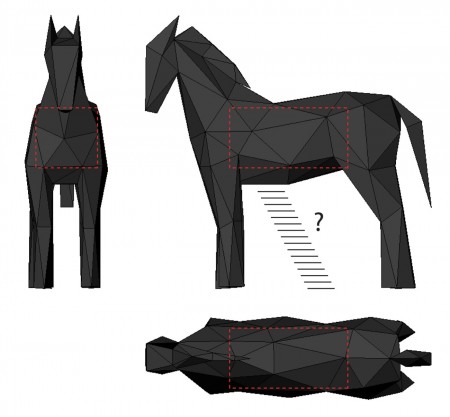 The Inner Space and Accessability 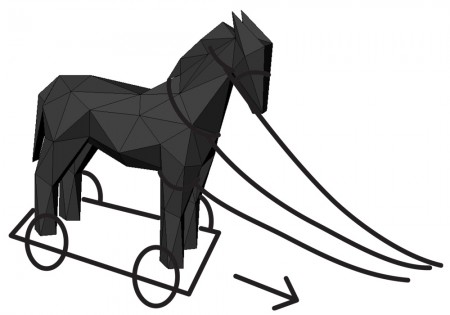 The sculpture should be constructed onto a movable platform, so it can be towed and moved across the desert (SOFT SAND DUNES !!!).

The construction of the sculpture will happen offsite. It will be necessary to reassemble all the components after transportation to the final site (Black Rock City).  We imagine a method that allows the attachment of the wooden triangle panels onto a inner ‘wireframe’ structure.

Find the same information in this PDF!
Play with a 3D model in this 3D-PDF!

If you feel you want to help, go here to contact us!

Posted on November 17, 2010 by trojan in Updates and tagged call, design, pdf.